Have You Been Bewitched By The VAV?

But there was a certain man, called Simon, which beforetime in the same city used sorcery, and bewitched the people of Samaria, giving out that himself was some great one...And to him they had regard, because that of long time he had bewitched them with sorceries. Acts 8:9 & 11

The Hebrew letter Vav has the numerical value of 6.  The Zohar states that the redemption of Israel will come through the mystic force of the letter Vav in the 6th millennium.

Here is a quote from that article:  "In this mystery Cahn relates that the return of the Jewish people to Israel in the year 1948 is connected to Leviticus 25:10 by means of a secret code hidden in the words 'you shall return' (tashuvu) and the missing Hebrew letter VAV...which also represents the divine light of the serpent Leviathan and is the middle pillar of the sefirot tree which emanates from and returns to Ein Sof."

I further showed that this same mystery appeared in an article from the The New York Jewish Week titled, "The Joy of Six" which cited the Zohar as the source of the mystery, as well as in the 1977 book, The Secrets of Hebrew Words, by kabbalist rabbi, Benjamin Blech. 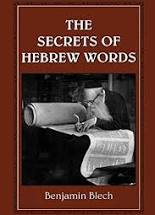 Blech can be seen in a video presentation (starting at 44:00 min.) teaching how Kabbalah predicted the future return of Jews to the land in 1948 by means of the missing mystical Vav as revealed in the Zohar, even as he warns the young people in his audience of the dangers of revealing these secrets.

Theosophical occultist and Freemason, Alice Bailey, said there would come a time when the ancient mysteries would be released to the public on a global scale.  In her 1922 book, Initiation: Human and Solar, Bailey channeled and predicted that very soon the first stages of initiation into the mysteries would be taking place in the churches and that masters of initiation will be at the head of the various church denominations:

"Before many centuries pass the old mysteries will be restored...an inner body will exist in the Church [and] the taking of the first initiation will, before so very long, be the most sacred ceremony of the Church...At the head of certain of the great occult groups, of the Freemasons of the world, and of the various great divisions of the the church...will be found initiates or Masters." 2

That time is here.  The connections between Kabbalah, Freemasonry and Theosophy are undeniable.  Appearing as separate spiritual entities, they in fact share the same agenda; a utopian kingdom on earth, centered in Jerusalem, which will serve as the seat of yet another false messiah.

I my previous article noted above, I showed how Cahn's oracle also decoded a mystery of return for the Church; a subtle narrative that necessitates a transformation of Christianity.  The Church - which has been in "exile" - must return to its Jewish roots based on the so-called law of Jubilees.  Yet, in all of the Gospels, in the Book of Acts and in the Epistles there is no mention of this return of the Church.  In contrast, the New Testament writers repeatedly warn of false prophets and teachers who secretly bring in destructive heresies, even denying the Lord Jesus Christ. (2 Peter 2:1-3, Galatians 3:1, Acts 20:28-31)

In today's mega-marketing industry of Christianity there is no lack of oracles who are serving to initiate the Church into the ancient mysteries.  Much of the deception has entered through the door of dispensationalism, appealing to an unsuspecting Evangelical bloc swept away by the mysticism and bewitchment of rabbinic interpretation of prophecy.

Philip Mauro, author of The Hope of Israel and one-time adherent to the falsehood of dispensationalism wrote:

"Jewish fables (literally, myths) are no new thing.  Paul has plainly warned the household of faith not to give heed thereto (Titus 1:14).  It will be a surprise to most of those who love the Lord Jesus Christ to learn that, in respect to the central and vitally important subject of the Kingdom of God, twentieth century dispensationalism is practically identical with first century rabbinism.  For the cardinal doctrine of the Jewish rabbis of Christ's day was that, according to the predictions of the prophets of Israel, the purpose and result of the Messiah's mission would be the re-constituting of the Jewish nation; the re-occupation by them of them of the land of Palestine; the setting up again of the earthly throne of David; and the exaltation of the people of Israel to the place of supremacy in the world.

But what Paul and all the apostles preached was, that what God had promised afore by His prophets in the Holy Scriptures was a kingdom over which Jesus Christ of the seed of David should reign in resurrection, a kingdom which flesh and blood cannot inherit, a kingdom which does not clash with the duly constituted governments of this world, and one into which Gentiles are called upon terms of perfect equality with Jews."

While Jonathan Cahn claims to be a Messianic rabbi of Jewish descent, he has once again presented to the Church a kabbalistic fable from the Zohar, this time with the implied pretension that he received it as a revelation from God.  And the Church should take heed. 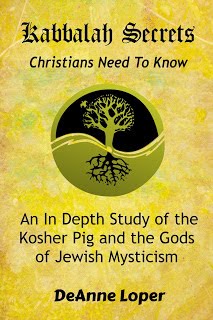